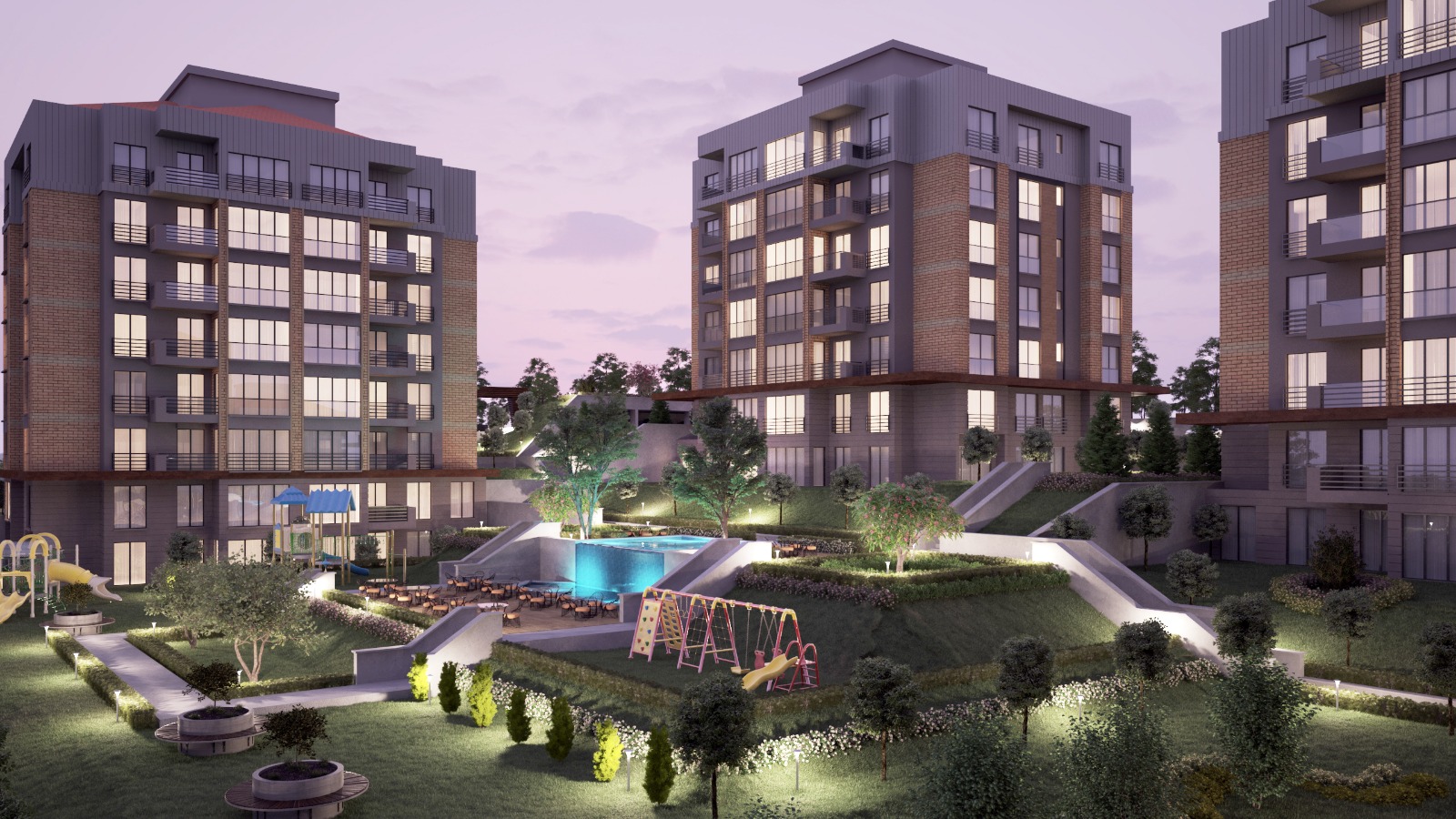 Apartments for sale in Istanbul Bahcesehir, the project, which is located in the most important investment and residential district of Bahcesehir, which is one of the closest projects to the new Istanbul Water Canal, where it became known that the Bahcesehir area is developing dramatically and real estate prices are constantly rising due to the passage of the Istanbul Canal project The new water from the region, especially that the new Istanbul Canal has a major role in increasing investments in the region due to the establishment of many tourist and investment cities on both sides of the canal, according to the project that will be worked on before 2023.

Bahcesehir is located in the west of the European city of Istanbul, which is the link between  Esenyurt district, the Basaksehir district, and Kucukcekmece, the most important investment city in Istanbul. It is divided into 3 sections, each section belonging to one of these three municipalities.

Bahcesehir is considered the newest area in Istanbul, where the most luxurious modern housing projects are being built, and thousands of investors go to it for housing and investment, especially foreigners. Consecutive in a few months due to the large number of government projects in it and the passage of the new Istanbul Canal in its territory, and this is the main reason why foreign investors want to buy apartments for sale in Istanbul in Bahcesehir for housing or investment in Istanbul.

Apartments for sale in Istanbul Bahcesehir | General details about the project |

It is one of the projects of a family nature as it is a project with low heights and a few apartments, where the project consists of 8 housing blocks with a height of only 7 floors, and each floor contains between 2-4 apartments of different sizes and styles. The project was built on a land with a total area of ​​25,000 m2 and an area The green spaces and water bodies within the project are 21,000 square meters, which makes it one of the distinctive projects with a wide green cover and high-quality recreational and social services.

The project is one of the modern residential projects suitable for anyone who wants to buy apartments for sale in Istanbul, Bahcesehir, in particular, and it is a distinguished family investment project suitable for housing and investment, as it has a high real estate evaluation that makes it one of the suitable housing projects for obtaining Turkish citizenship in return for buying a property in Turkey.

Find Your Dream Home In This Project Located In Sariyer

If you are looking for the best properties for sale…

New Villas Project With a Charming View of Marmara Sea

Why this project? The project is distinguished by its charming…

This Project is one of the best residential projects, where…

It is the ideal place to live for those who…